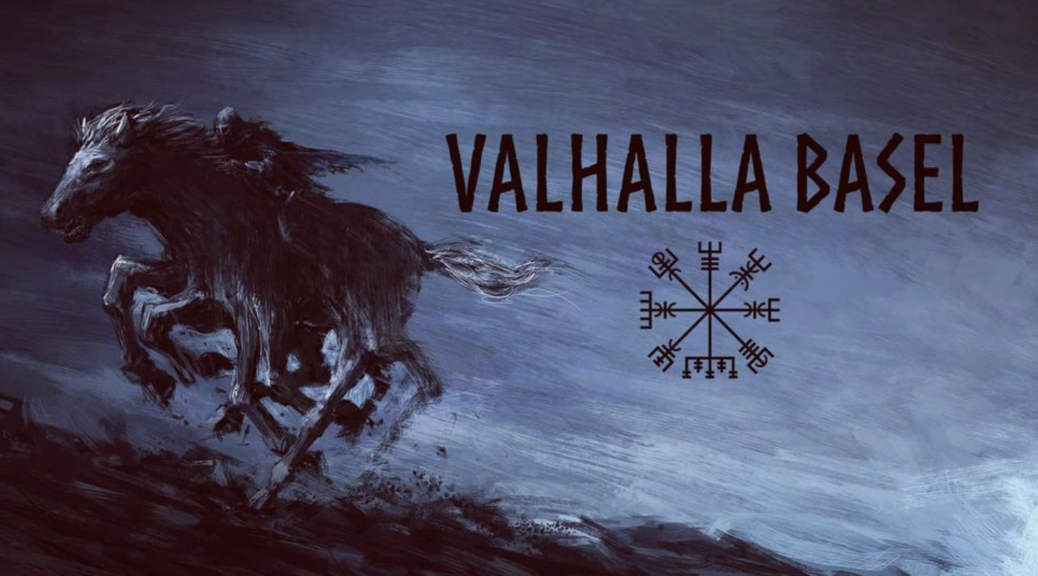 While #Norsevember rages on, I’m back today with a Q&A from Raphael Bonato, co-owner and Jarl of the Valhalla Bar in Basel, Switzerland. I had the great pleasure of visiting a the bar few weeks ago – Review can be found here.

With Valhalla’s unique concept and striking execution, I had to know more about the man himself.

Raphael Bonato is the closest thing to a modern-day Viking. Known to his friends and patrons as a true son of Odin, he runs the bar with style and a great deal of fierce passion. Raphael was very gracious and answered every question I had, so without further ado, let’s dig in!

So, please tell me about yourself. Who are you, and what made you decide to open a bar that is Viking themed?

My name is Raphael Bonato and I live in Basel.

Before Valhalla I was a manager in a Rock/Metal Bar. Working in this bar brought me up with the idea to mix a place for people who are into Viking, Metal, Rock, and Medieval music. It just felt that there’s no other place like this. I started the project together with friends to realise it. Valhalla is open now for a bit more than one year.

It just felt that there’s no other place like this. I started the project together with friends to realise it.

Yes. I am really interested in Norse mythology and also of the way the Vikings lived.

Tell me about the bar itself. What is the best thing about running Valhalla? Is there a lot of enthusiasm from patrons about the theme?

The best thing in my opinion is that we are a big family and everyone is accepted. We have a lot of people who are into the medieval scene, and there are also a lot of regulars who are here every week. They support us a lot.

The best thing in my opinion is that we are a big family and everyone is accepted.

Do you get curious people who come in from the street to ask what it’s about? What about the locals? Do they think this place is interesting?

Because we are a bit away from the city centre, not really. Mostly people know the place or hear about it from friends. We don’t get a lot of tourists, mostly because of the situation with Corona the last year.

When are the busiest times for you?

The busiest time is the winter.

I see that you have a lot of quiz nights. I would have loved to come to the Lord of the Rings quiz! I’m really good at that kind of trivia. Do you have many of these events during the year? Are they very popular?

Yes, we do this every month. The last one was about Harry Potter. There were so many people that a few teams needed to sit outside!

What other sort of events do you host? Do you have many artists or creative people who are involved with the bar?

We have medieval nights often. Everyone can come in their Viking/ Medieval dress. Soon we will also have live concerts, comedy nights, burlesque shows, Dungeon & Dragons, Metalnight, etc. There is a lot in planning now. Before it was not easy to host an event because of the Corona Rules.

What is your favourite part of running Valhalla?

The medieval nights are always really cool to see all the people in their Viking clothes walking around with axes and horns. Also the comic strip night which mixed Comedy and Burlesque together. That is a relly big highlight from this year. The next one is on December 17th.

How did the Covid-19 pandemic affect you and the bar? What was the most challenging thing, and what was the easiest thing? Did anything good come out of it?

Nothing good came out of the pandemic. It was and still is challenging. We couldn’t organize normal events. It was hard to bring the people in with all the rules. Even now with the certification requirement, it is challenging to host people without the certificate.

What are your big ambitions? Do you see the bar expanding?

We want to bring up Valhalla Basel to become the one place to be in the city. The idea is to open other bars with the same concept throughout Switzerland.

We want to bring up Valhalla Basel to become the one place to be in the city. The idea is to open other bars with the same concept throughout Switzerland.

Finally, if you could serve a drink to any of the Norse gods or famous Viking heroes, who would you choose?

My favourite god is Baldur, because he is one of the most peaceful gods in the whole Nordic Mythology.

From our world, it would be the Berserker of Stamford Bridge who fought alone against the whole English army with just an axe in his hand. He gave the Viking army under Harald Hardrada enough time to reform and build a shieldwall against the English.